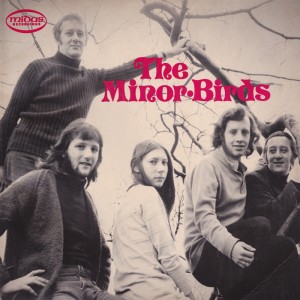 The Minor Birds were at the forefront of the folk-song revival that swept the country in the early sixties.  Founder members Norman and Jack Froggatt, Ken Wilson, Dave Head and Carol Melia started the Warrington based folk club at the Golden Lion, Knutsford Road in 1962.  Later they moved to much bigger premises in the ballroom of the Red Lion in Bridge Street allowing them to perform to larger audiences.  The increase in takings enabled them to afford a weekly guest from the many singers and musicians who were becoming established on the folk circuit.  This first generation of performers became highly respected, if not legends, as interpreters of both traditional and contemporary folk music.

The following years saw many changes both in the line-up of the group and venue.  Ken, Dave and Carol all left town and audience member Alton Alexander joined in l968, also Colin, younger brother of Norman and Jack added his considerable instrumental abilities dividing his time between the Minor Birds and rock band The Tudor Four.  Sue Waywell, a seventeen year old member of the audience joined the Minor Birds, lending her expressive voice and tasteful accompaniment to make up the group of five.  It was this line-up which made their only record in 1972 comprising both traditional and contemporary songs.  Only 250 copies were produced and sold to club members.  It is this recording, which has been re-mastered as a C.D. in 2012 to coincide with the 50th anniversary of the founding of The Minor Birds, whilst the original record has become highly sought after and collectable world-wide.

The venue changed to the Bluebell in Horsemarket Street which became the platform for The Minor Birds for about 8 years, and it was here that Mike 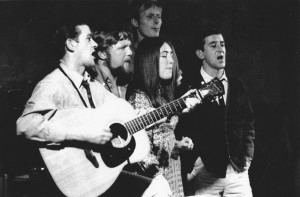 Harding made his first L.P. “A Lancashire Lad” in 1972.  Many other performers who went on to greater things passed through the Minor Birds’ doors, including Paul Simon, Barbara Dickson, Billy Connolly and Gerry Rafferty.

Sue Waywell left Warrington to pursue her studies at college and Alton Alexander moved on to be involved in and eventually running Frodsham Folk Club and it is much to his credit and dedication that the club is still flourishing.

For a while the three Froggatt brothers performed as the Minor Birds before being joined by Graham Sowerby, another long standing member of the audience.    An accomplished singer and guitarist, Graham has written a considerable number of fine songs, many of which were added to the group’s repertoire.

Other changes of venue followed including moves to the Appleton Thorn where the Minor Birds sang alongside organiser and singer supreme, Maggie Goodall.  Then a further move to the Railway at Heatley, Lymm, a folk club which they hosted for a number of years.

Eventually and gradually the group drifted away, although the club continued to meet and still flourishes as Lymm Folk Club. 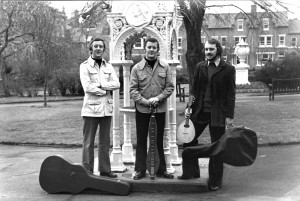 The Minor Birds legacy and influence is still evident and felt around the Warrington area and it is by demand from past members of the group and its audience that the 50th anniversary reunion and concert takes place in 2012.

“A Minor Bird” is the title of a poem by American poet Robert Frost.

I have wished a bird would fly away,
And not sing by my house all day;

Have clapped my hands at him from the door
When it seemed as if I could bear no more.

The fault must partly have been in me.
The bird was not to blame for his key.

And of course there must be something wrong
In wanting to silence any song.